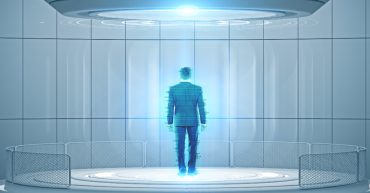 Teleportation is the ability to move and object from one location to another. It also defines the ability to move instantaneously from one location to another without physically occupying the time and space in between. When you think of teleportation, what automatically comes to mind is some Star trek-ian scene of a Spock and Captain Kirk dematerializing in one place and re-materializing in another. Another is the possibility of time travel, and how it has been shown in film, television and comic books via a Delorean, Tardis, portals or wormholes.